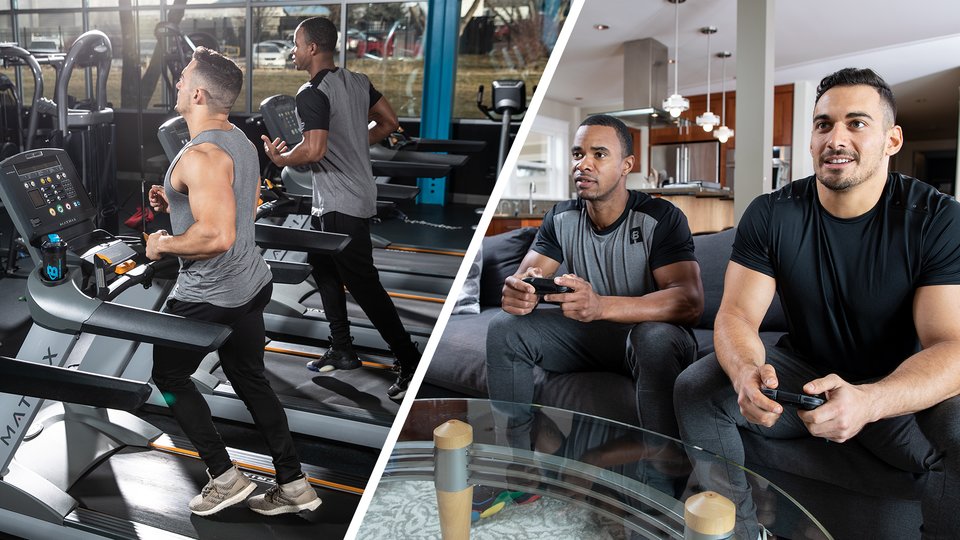 It’s the roaring 20s and being a gamer is cooler than ever. Long gone are the days of video games being blamed for violence and laziness in modern society, now many professional gamers are influencers with large followings, fashion brand-deals and highly regimented training/fitness routines.

But how can you keep your body healthy when your livelihood involves sitting in front of a screen playing video games for multiple hours a day? Let’s explore the world of e-athletes and fitness.

As investment into the world of esports increases exponentially year on year, one of the areas that has emerged recently is esports performance analysis. By using sports psychology techniques seen in traditional sports, esports teams and players are chasing that edge to put them ahead of the competition. In esports, the difference between a won game and a lost one can come down to the finest details such as being a couple milliseconds faster to react than your opponent. Research has suggested there is a link between fitness and reaction times, staying true to the commonly thrown around idea of “healthy body, healthy mind”. The evidence is there to show that staying fit and healthy positively affects a person’s mental health and therefore improves their efficacy in whatever it is they may be doing.

Companies that specialise in esports performance have started popping up over the past couple years, most prominent of which are the Canadian based Adamas and Gscience, a UK based firm that offers athlete performance services on top of public resources designed to educate gamers on how to stay fit and ahead of the game.

Further to the resources available on their website, Gscience, much like Adamas, offer in-person and online performance coaching. The performance psychology techniques they employ are also seen in traditional sports, there is a lot of emphasis on teamwork, leadership and “developing a culture of excellence”. The agencies create bespoke training/fitness programmes for the esports teams they work with, Adamas operates out of a state-of-the-art facility near Vancouver that houses the same performance training equipment that you may find at a premier league football club.

Another topic that comes hand-in-hand with performance analysis is nutrition, gamers aren’t exactly famed for having good eating habits but is that changing? Getting a balanced diet is one of the key aspects of maintaining a healthy lifestyle and everyone should give some thought to what they are putting in their bodies. By eating healthier food, you’re helping your body by function better by having a higher endurance and improved mental abilities.  On top of eating a healthy diet, now nutrition products for specific lifestyles exist, Nutrition21 has created “NooLVL”, a unique ingredient they claim increases cognitive performance in esports players.

One of the main health problems gamers face is a reliance on caffeine for performance, and while consuming a moderate amount of caffeine ought to be safe, consuming it at the rates that some gamers are infamous for can lead to serious health concerns. Replacing caffeine with healthy eating and exercise isn’t always easy but it is the best way to chase those often much needed endorphins.

So now you know how the pros stay on top of their game, what can we learn from them? And what should you be doing if you’re an aspiring esports athlete who is concerned their body may suffer as a result?

A good starting point would be creating a simple performance plan for yourself, this can be something as basic as allocating time slots for gaming sessions, in between mealtimes and physical exercise, making sure to take regular breaks when gaming. You should aim to do at least 20 minutes of active exercise most days to make up for intense competitive gaming sessions. Players’ heart rates can get up to as high as 160-180bpm when competing, this can cause serious complications as heart rates should not be so high while sedentary. Many gamers exert themselves mentally in a very similar way to high-performance athletes, those sorts of heart rates are typically seen in athletes exercising at full speed. https://readyesports.com/can-you-actually-train-for-esports/

When creating a plan, be sure to set goals for yourself. You could try to set yourself at least one fitness goal and one gaming goal each week.

Another thing to consider is physiotherapy and injury prevention, a great resource for this is Dr Levi Harrison on YouTube. https://www.youtube.com/watch?v=EiRC80FJbHU&ab_channel=DrLeviHarrison

He produces videos on specific exercises that gamers can do to stay ahead of the game and avoid injury, many professional gamers have suffered from wrist injuries which have lead to them having to take an extended break from competition. The wrist is the gamer’s hamstring.

Ultimately, getting/staying in shape is a mental battle as much as it is a physical one and everyone should dedicate a fair amount of thought to it and figure out what works best for them. This same mental battle applies to competitive gaming or sports, gaining a competitive advantage through lifestyle choices is the future of esports. Being an athlete is about so much more than being the best at whatever it is you do, it is a lifestyle. Up to now this has not translated fully to esports but as agencies like Gscience and Adamas continue breaking ground in the industry, we are likely going to see a major shift towards developing an e-athlete lifestyle centred around maximising performance.

So, now is as good of a time as any to start looking after your body and improve your gameplay whilst you’re at it. Start today by creating your plan, even if that simply involves taking more regular breaks and exercising for a few minutes each day, you will feel the mental and physical benefits.